The Centenary Institute's Medical Innovation Award recognises bold young researchers who are taking the risks to ask the big questions of today - those questions that have most people saying “but that’s impossible”.

The Prize focuses on creativity - the essential ingredient in all human endeavour, whether in science, art or marketing. It will be presented to the biomedical research scientist based in Australia who demonstrates the greatest creativity in their scientific approach in a given year. Each year tens of thousands are engaged and inspired by the Prize entries, making it the largest and most prestigious national research prize for young biomedical researchers in Australia.

80% of the biggest scientific discoveries for humanity (Nobel laureates) have come from researchers younger than 45 years of age.

Since 1983, the proportion of government science funding to younger researchers has more than halved. (55% down to 24%).

There are only 20,000 early to mid career researchers in Australia. Only a handful get funding to test their own creative ideas. The vast majority have to leave research altogether.

“Exceptional young scientists can be hard to keep in Australia and we hope this award will not only celebrate their achievements but also encourage a domestic culture of brilliance in medical research,” Centenary Institute Executive Director, Professor Mathew Vadas AO.

“The Centenary Institute Lawrence Creative Prize is a wonderful initiative to award early career medical researchers who are embarking on their independent program. At a time where they haven’t built up the track record to compete with established, senior researchers, recognizing their creativity and innovation with the Lawrence Creative Prize not only offers them financial support but also boosts their profile, giving them a competitive advantage when applying for research funding.

I urge Australians and sponsors alike to get behind the Lawrence Creative Prize. You will be supporting our young scientists who have the brilliance to think of new ideas and the courage to test them out, in their common quest to advance our knowledge of the diseases affecting today’s society.”

“I am writing to say how influential and important the Centenary Lawrence Creative prize has become for young investigators in Australian biomedical research. The Centenary Institute is to be congratulated for this initiative, which has brought it great credit and great publicity. It is quickly becoming the premier prize for emerging investigators across Australia and, most importantly, rewards and encourages the beautiful and essential intersection between creativity, logic and achievement in science. I very much hope it will continue, and thank you on behalf of the community.”

“Typically, it is early in their careers that scientists are at their most creative. It’s as PhD students and post-doctoral fellows that they generate the ideas that set the pattern of their studies to come. I should know. My collaboration with Peter Doherty that led to our joint Nobel Prize began as a post-doctoral fellow in Canberra. But because early career researchers have no track record, support from the established funding bodies is hard to come by. So, I’m heartened to see a Prize whose purpose is to encourage Australia’s best young biomedical researchers to express their creativity. And it just might encourage them to stay in Australia and build their careers here.” 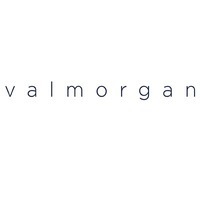 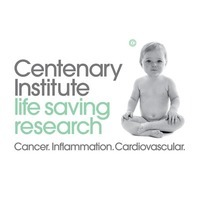 Many of our senior researchers are specialist clinicians at Royal Prince Alfred Hospital and lecturers at the University of Sydney. Their direct, personal experience with patients inspires their work to improve and save lives. Our close ties with the University and Hospital mean our scientists are not isolated from the people who are affected by the major diseases we are working to overcome. ...